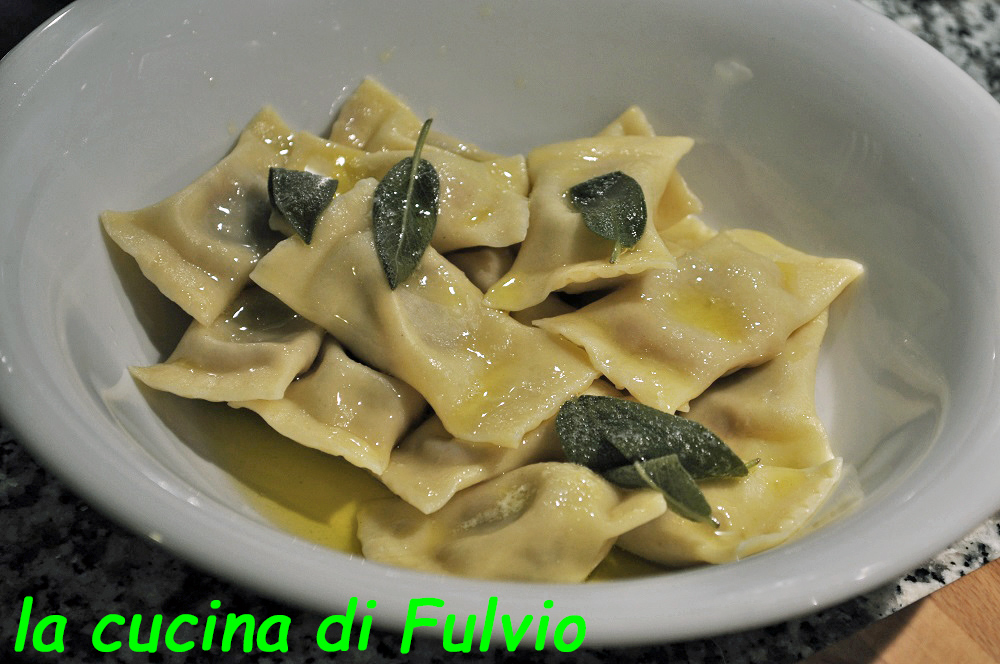 This is a dish with a Renaissance flavor that takes us back to the Gonzaga court, a preparation that I cooked several times but, this time, I wanted to follow the directions of a friend from Mantua, Mrs. Bruna, who guaranteed me that only her stuffing is just the original one:
it is certainly excellent!

The moussaka - Moussaka
my way 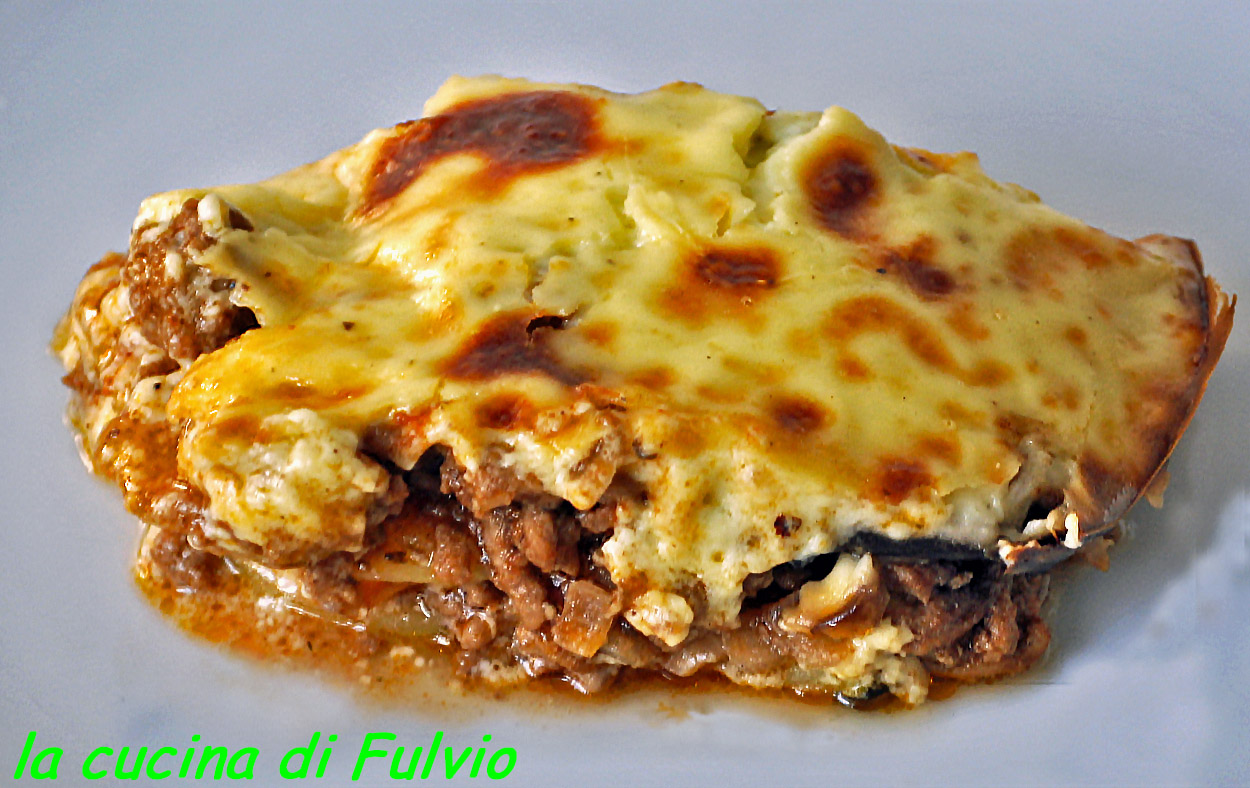 To speak of Greece and its cuisine without mentioning its moussaka would be almost impossible;
and simply defining this dish as a mere vegetable pie seasoned with a meat sauce is definitely unacceptable:

Each tavern has its own recipe; and so every family; here I tried to make a summary (my way ...)

Generally, on a thin layer of potatoes that are the basis for the rest, alternate, in the best known version, layers of eggplant fried in olive oil and interspersed with spoonfuls of cheese and seasoning.
Finally, a large layer of bechamel and cheese.

There are those who instead use courgettes and those who alternate them with eggplants.
(I have been told that there are those who prepare it only with potatoes, as I have sometimes tried Chania boureki; but I have never seen or tasted it: it is certainly just as good!)

And then, of course, there is also my version ...
that now, starting as always with the ingredients, let's start cooking!


Warning: keep 2 CT aside. of the cheese indicated.
Will go to complete the béchamel.

This is not a very quick preparation and you can certainly start by preparing, even the day before, the meat sauce.
Chop up the onion and garlic and fry them in olive oil over medium heat in a pot of adequate size.
Just beginning to turn golden add the minced meat and brown it for a few minutes.

Pour the red wine and let it evaporate.
Season with spices (and remember at the end of cooking to remove the clove).

Stir well and add the peeled tomatoes.
Bring to a boil and allow to simmer, then covered, for about twenty minutes.

Prepare a bechamel not too consistent to complete, out of heat, with a whole egg and two CTs. of grated cheese and flavored with salt, pepper and nutmeg.

Now you can prepare vegetables; in this preparation the vegetables, cut into slices of a scarce centimeter, must be strictly fried in olive oil!
I, on the other hand, after having passed them in the oil, grill them, forgive me.

And the potatoes, cut into fairly thin slices, boiled in salted boiling water for about three minutes.

Once you have prepared all the necessary ingredients and preheated the oven (static) to 200 ° C, you can start composing the pan.

Arrange the slices of potatoes, slightly superimposed on the bottom of the pan greased with oil, completing them with a little grated cheese and a little sauce.

Then arrange the first layer of vegetables, in this case cover the courgettes with a little grated cheese and, if desired, also with some crumbled feta cheese in your hands.

Everything is covered generously with half the remaining sauce ...

... and a new layer of vegetables is formed; here I finally used the aubergines!

Also this layer will be covered with cheese and then with the rest of the sauce.

Now, before baking, the last layer must be completed by the béchamel enriched with egg and cheese. It should be spread very well, possibly with the help of a spatula or spoon.

Bake in the preheated static oven at 200 ° (lowering it to 180 ° C after five minutes) for an hour, initially covered by an aluminum foil so as not to burn the bechamel and then continue cooking, having removed the aluminum foil, a another half hour, until the béchamel has formed a beautiful golden crust.

Leave to stand, covered, out of the oven for about twenty minutes before serving to let everything firm up (and to avoid unpleasant burns to the tongue and palate!)

The moussaka is ready to go to the table and be served.