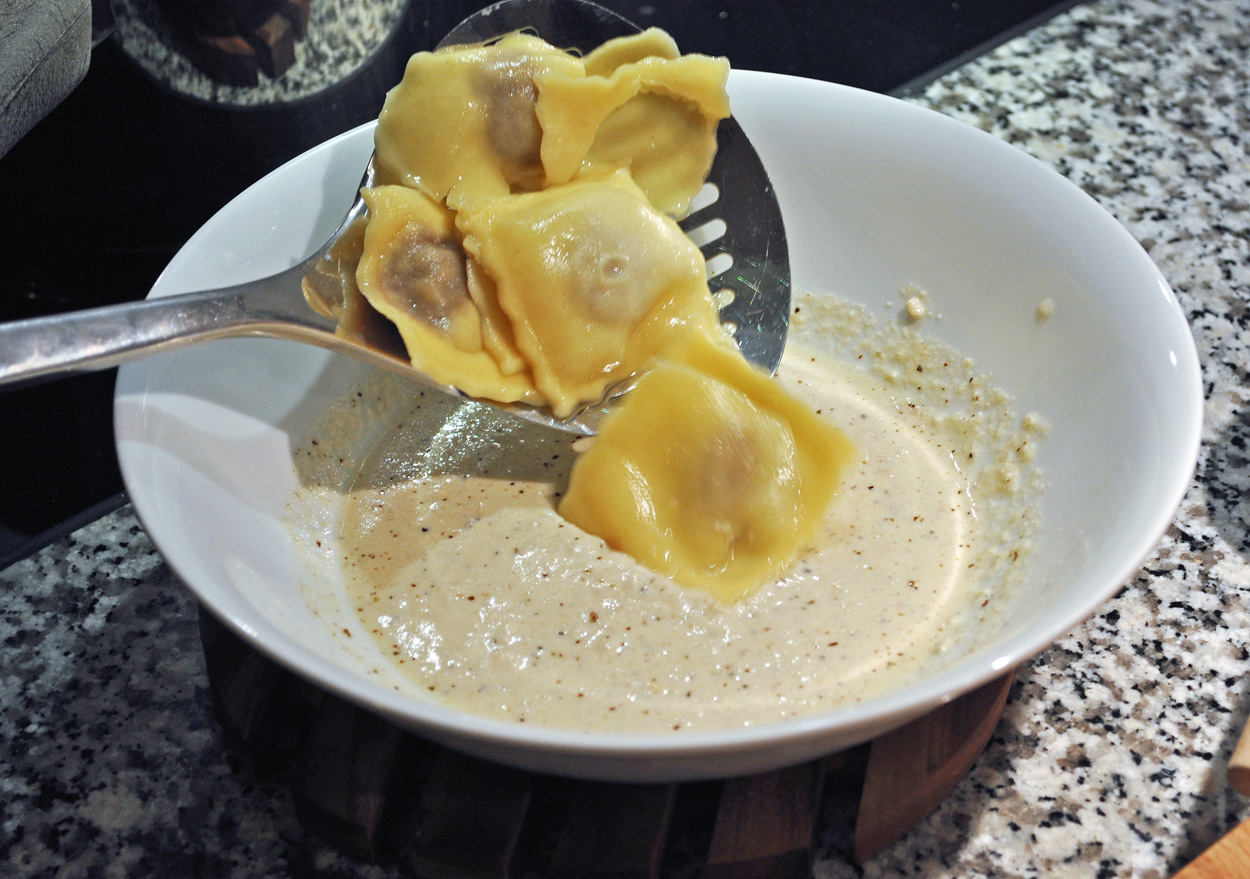 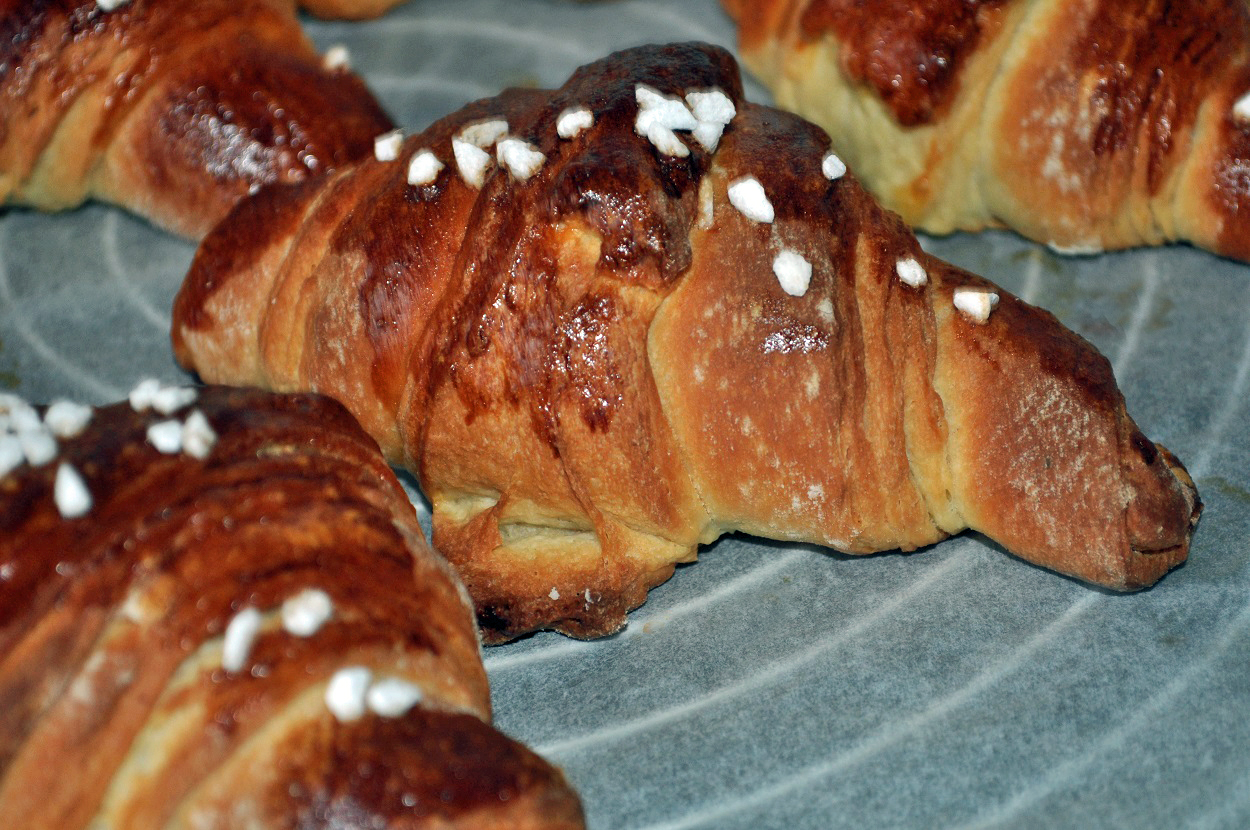 These brioscine (v. Note) that I saw in a video tried a lot.

In the end, I decided to try them with a recipe that was a bit improvised and a little recovered from other similar recipes.

The result was excellent and appreciated; in particular from my official tasters:
the children of my various neighbors!

I very much liked the idea of ​​simulating a leavened dough with the small trick of the dough (leavened) disks brushed with butter and overlapped.

As for the actual dough, it could also be replaced with the one I usually use for the Bernese braid or another leavened (perhaps the one I use for the base of the Bienenstich !).

The important thing is to follow the procedure and wait, after having overlapped the discs, for the butter to solidify again (the refrigerator helps a lot).

I prepared it this way and then, starting as always from the ingredients, we begin to cook!

Ingredients for 12 pieces, about 70 grams each:

Put the flour in a bowl (use a kneader if possible) and pour the yeast dissolved in the milk, starting to mix.

When the milk is absorbed, add the egg, sugar and salt.

To finish off the oil.

Transfer to the work surface as soon as it is floured and give three folds.

Let it rest for half an hour at room temperature and repeat this operation two more times.

Transfer the dough into a bowl just greased with oil, cover it with plastic wrap and refrigerate for at least eight hours.

The ideal is to prepare this dough the night before to continue with the preparation the next morning.

Place the leavened dough on the work surface

and divide it into eight parts forming balls.

Let the balls of dough rest for a few minutes and melt a pound of butter over very low heat (or water bath).

With the rolling pin form eight discs of the same size (more or less ...) no longer than two or three millimeters thick.

Brush the first disk evenly with melted butter and overlap the second one.

Also brush this and continue until you have overlapped all the disks, one on top of the other.

Press well to adhere to each other, cover with plastic wrap and leave to rest in a cool place until the butter is solid again.

Spread out on the counter and, again with a rolling pin, spread the dough until you get a large disk no more than three millimeters thick.

Divide the disc into twelve segments

Now, starting from the widest side, roll them one by one like croissants.

Important: keep the part of the clove not yet rolled in a slight tension so as to extend it while it is rolled up!

If desired, the first part of the clove can be seasoned with a little jam or a little sugar and cinnamon.
(wanting to make the refined ... you could use the cream for i Marzipan Franzbröthchen!).

Arrange the croissants on a plate covered with cartaforno, cover them with a cloth and let them rise at least an hour in a warm environment and away from drafts (I use the leavening function of my home oven); they will have to increase considerably in volume.

After this period, brush the brioscine with a beaten egg with a little milk, sprinkle - if you wish - with granulated sugar

Remove from the oven and leave to cool on a wire rack.

Excellent for breakfast, as a snack and even after dinner.