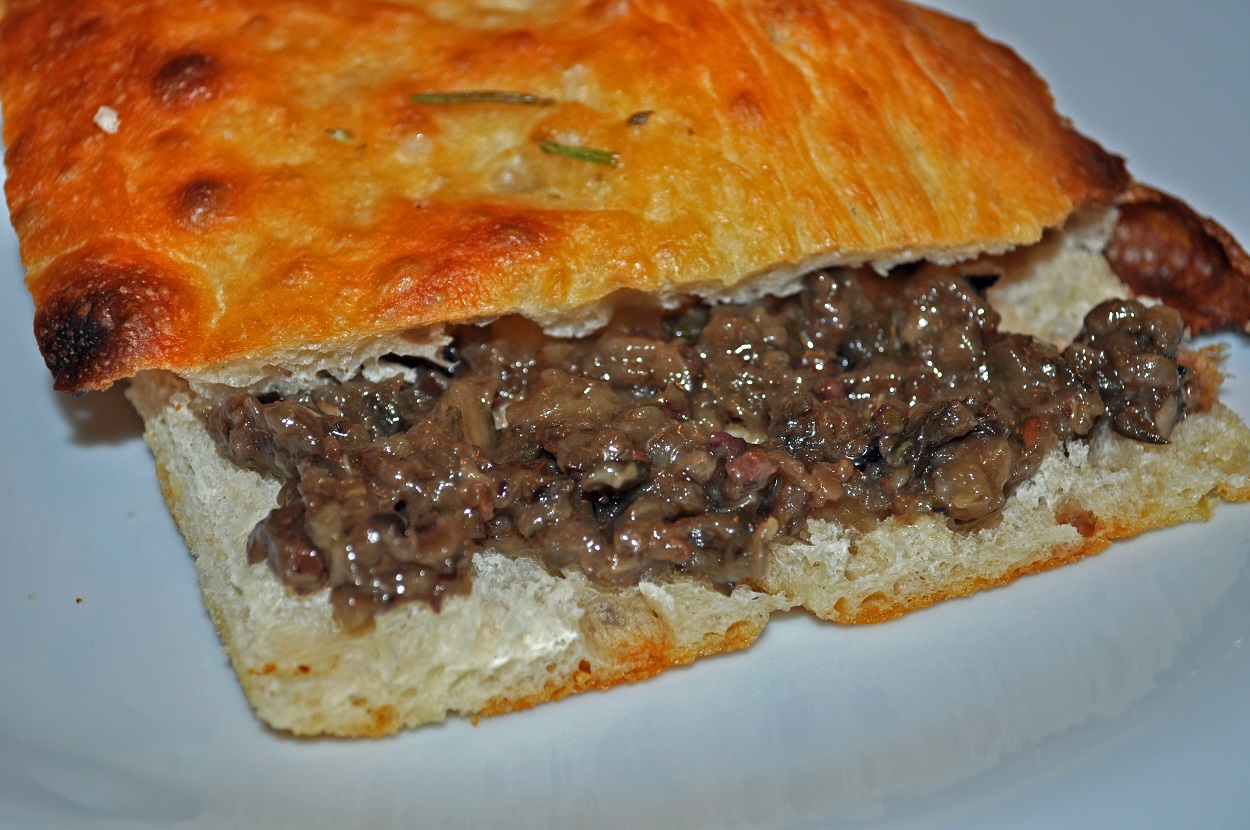 An idea for a snack or a cream to spread on bread as an appetizer?

This eggplant pâté is ideal:
it is easy to prepare and is always appreciated;
despite all the photos I took at final product do not do it justice.

The meat of this pig, reared in summer pastures and fed by the waste of milk production and herbs and roots, has a very special taste and aroma; and moreover it is lean, tender and easily digestible.
For whatever preparation is used, the result will always be excellent.

This time I prepared it, very simply, in the pan; marinated briefly and browned with olives and capers.
A success!

These days we have the return to the valley from the pastures: let's see if I can get these cuts of meat again (it is not that there is a large amount on the market) and to propose other preparations!

I usually indicate here a detailed list of all the ingredients but here I think everyone has to decide which aromas he prefers to accompany this particular meat.
I each I chop marinated it with:

and then accompanied in a pan by:

an idea of ​​white wine

Let's start by pulling the meat out of the fridge at least a couple of hours before cooking: passing it from the fridge to the hot pan we would certainly ruin it.

Crush the garlic and mix it with the other aromas, the oil and the lemon juice.

Season the chops with this marinade, rubbing it well and, after half an hour, turn and massage them again.

The meat must marinate for at least an hour.

When starting to cook, heat a non-stick frying pan or a treated iron pan
(wanting to add a little more oil without forgetting that the meat has already been marinated with oil)
and just put the chops on it.

Cover them with the possible advanced marinade and rest of the marinade and add the olives all around (better if pitted); cook over medium heat for four to five minutes.

Turn the meat, mix the olives and the capers (maybe pour a little on the chops) and blend with a little white wine.
Allow to cook for another four minutes, covered, then remove from heat and allow to stand for a few minutes before going to the plates.

Serve the chops covered with olives and capers and accompanied by boiled potatoes or green beans (as in the pictures).
Other will not be necessary except that a little salt for those who still wanted it.