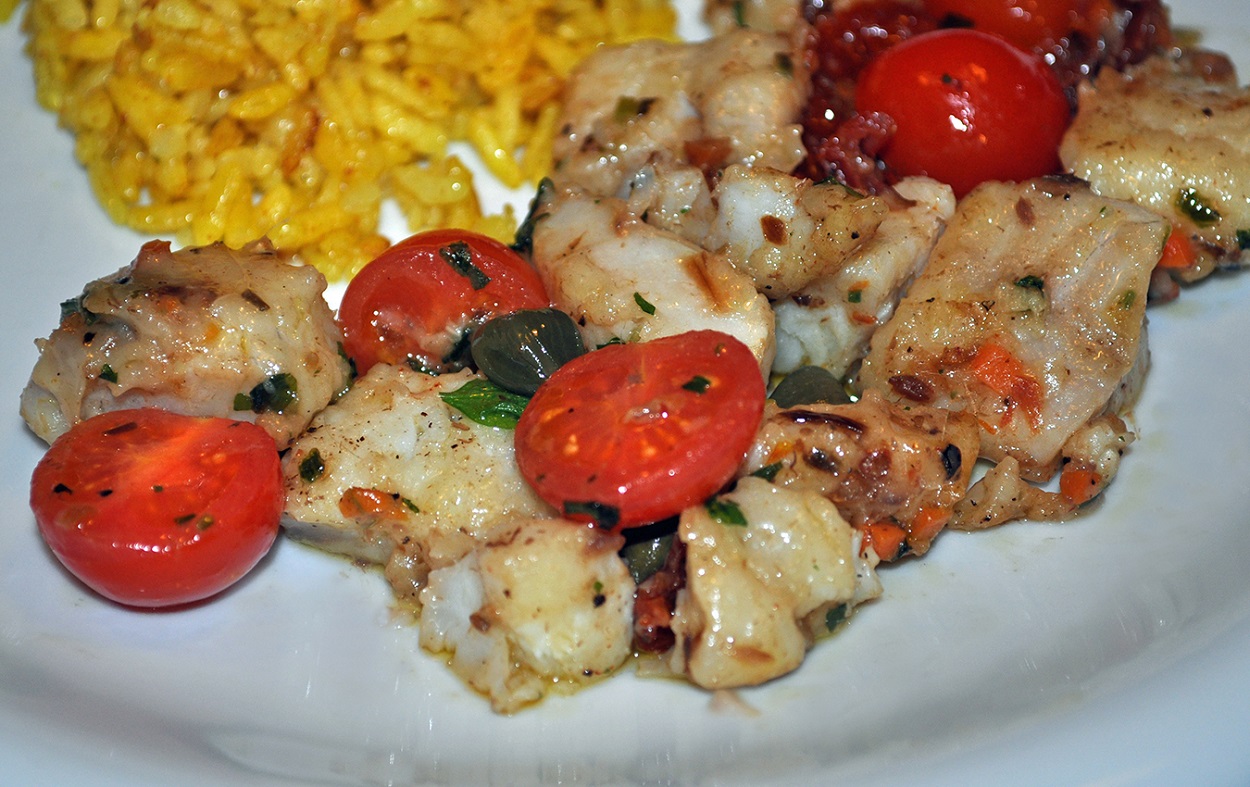 Cod is one of those fish that adapt to many preparations and, especially, that always manages well!

In this recipe I wanted to prepare it in small pieces and accompanied by the scent of dried cherry tomatoes in order to cook it quickly, still obtaining a tasty and colorful dish.

Cannelloni stuffed with braised vegetables
(the kitchen of recycling ...) 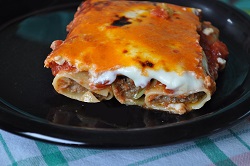 When preparing roasts and braises it can happen that something is left over ...
and instead of repeating the same dish heated the next day is always a good idea to use what remains for the excellent stuffed pasta!

In this case, cannelloni.

Of course, instead of cannelloni could be ravioli or tortellini but ...
in this period at home the cannelloni go for the greater (and as always the children of friends and neighbors love them).

Here I had a couple of braised slices of fry cooked with some vegetables and I did nothing but complete them, after having passed them to the mixer, with egg, breadcrumbs and grated cheese.

For the rest, the procedure is the usual one of cannelloni; as an example, those of skinny.

Ingredients, for about twenty cannelloni:

Chop the braised slices and vegetables, preferably with the mixer, and mix them in a bowl with an egg the grated cheese and breadcrumbs. It must result in a homogeneous mixture.

Keep it aside and prepare the béchamel and pasta.

Cook a few lasagna at a time in boiling salted water, I usually make three or four; depending on the type of pasta it will take three to six minutes to soften enough to roll them around the filling.

Cut them in half, so as to obtain two squares, and arrange a spoonful of filling on the dough.

Roll them well and arrange them gradually with the portion of dough superimposed underneath.

Let them dry for a few minutes and then arrange them (always with the part of the dough overlapped) in a pan already dirtied from a bottom of EVO oil and tomato sauce.

Dust generously with Parmesan cheese and then cover with the béchamel sauce.

Then, according to taste, cover everything with the tomato sauce beaten with an egg or with a layer of Parmesan cheese on the béchamel.

If at the end of cooking you want more browning, let them color for another five minutes under the grill.

Then crank out, wait a few minutes and bring to the table.