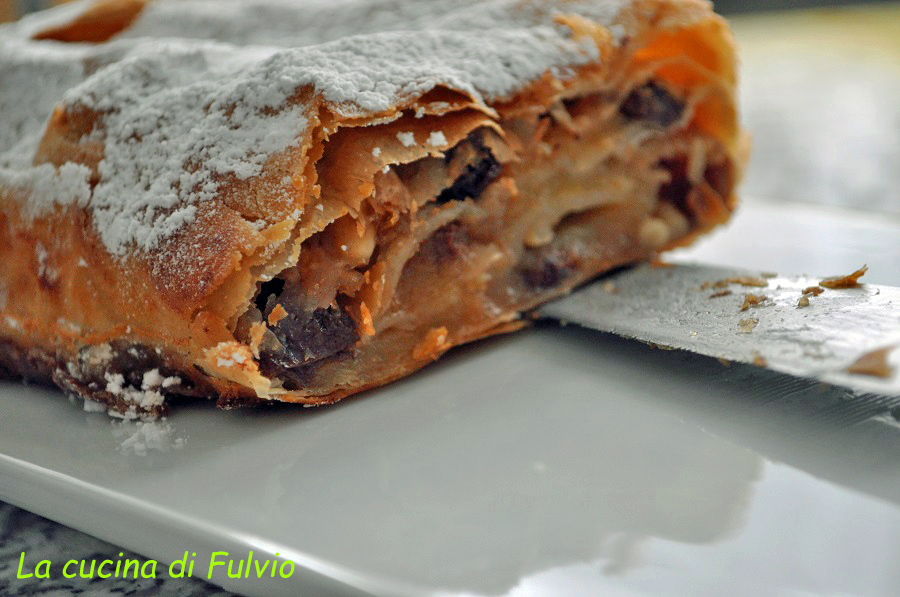 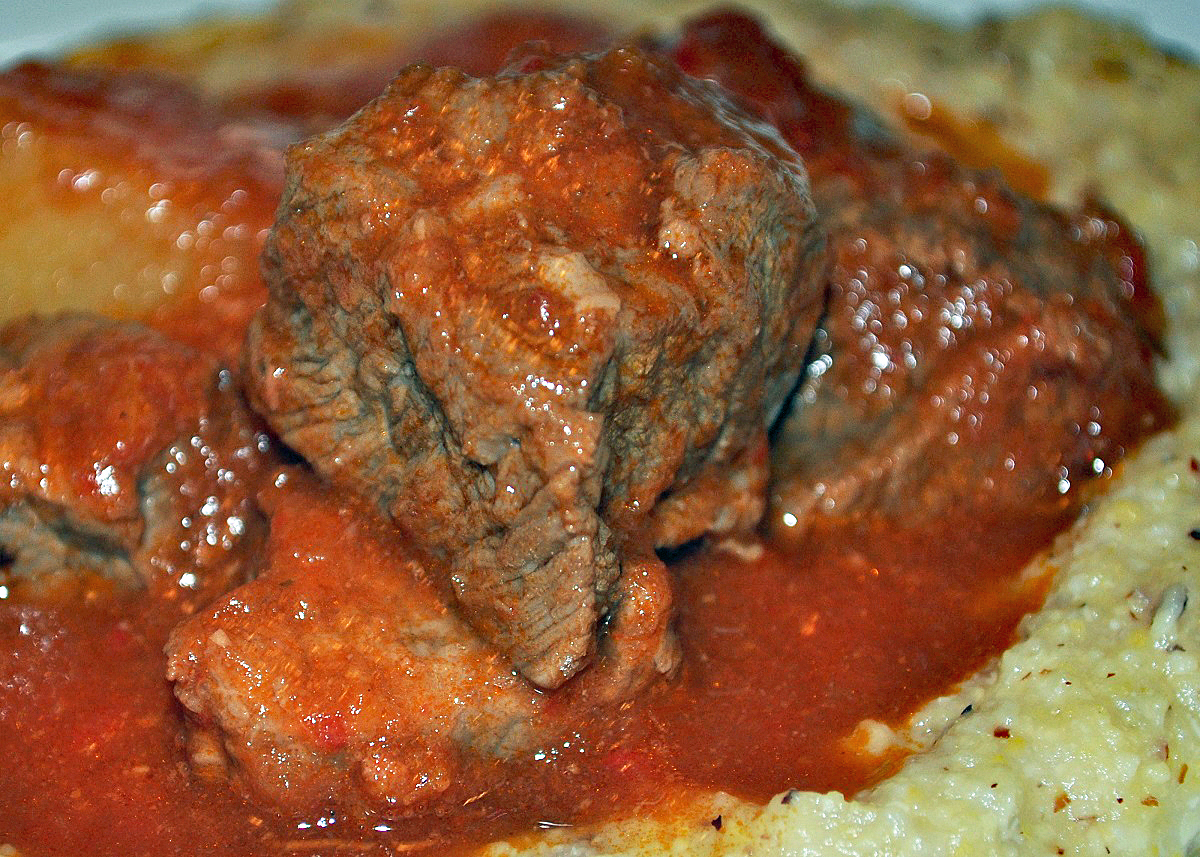 Call it what you want: goulash, goulasch, or gulyàs (in Hungarian):
it is always good in the same way!
Certainly a dish of very rustic origins, what was being prepared by the Hungarian herdsmen during long periods of grazing cattle and also during transport of the herds towards large markets.

Cooked over a wood fire in a heavy iron pot, with the most available vegetables and spices; certainly without ever missing paprika, the typical spice of Hungary.
Even to prepare it at home you don't need much else.
Important is a large cast iron pot that allows a more uniform cooking, at medium-low heat and without the need for continuous cooking checks.

Among other things, it is a preparation that can be cooked in fair quantities, ideal for a dinner with several guests but also to be stored in the freezer for a day when there is no time to cook ...

I still follow the recipe that my grandmother had passed me (days ago, putting in order an old block of notes, I still found the paper on which I had pinned it in the seventies!).
I retouched a little bit on fat but, overall, the recipe is perfect and I keep it as it is.
Here she is:

In a large cast iron pot, fry the bacon cut into small pieces with a little oil.

At the same time, in a steel pan, to brown to a few pieces at a time the beef stew.

As it is browned, add it to the bacon in the pot lowering the flame.

Slice the onions and brown them in the same pan of the meat, without cleaning it; then pass them in the pot.

Repeat the procedure also with the peppers cleaned and in pieces. Desiring a more intense flavor, add two broth bones in the pot.

Pour the wine into the pan and raise the flame to make it evaporate and absorb the fats and aromas of the bottom. Pour it into the pot.

Chop the chilli and add it to the rest along with the sweet paprika and strong and tomatoes. Season with salt and pepper and cover almost flush with the broth, if necessary.
Bring to a boil, cover and allow to simmer for about 40 '.

After this time remove the meat from the pot with the help of a ladle with large holes; if you have a few pieces of vegetables and bacon together, it's not a problem, though.
Switch everything else to the vegetable mill (ideal) or use the immersion blender (as in the pictures!). The sauce must be abundant and fairly fluid (v. Note)

Put the meat in the pan and continue cooking for another ten minutes.

If you wish, you can add cubed potatoes at this point; in this case continue cooking for at least fifteen minutes.

The goulash can be brought to the table accompanied by a nice polenta ...

... or from boiled potatoes (if you have not already added them in cooking) and some dumplings.

Your comments are welcome!
Leave them in the form below: