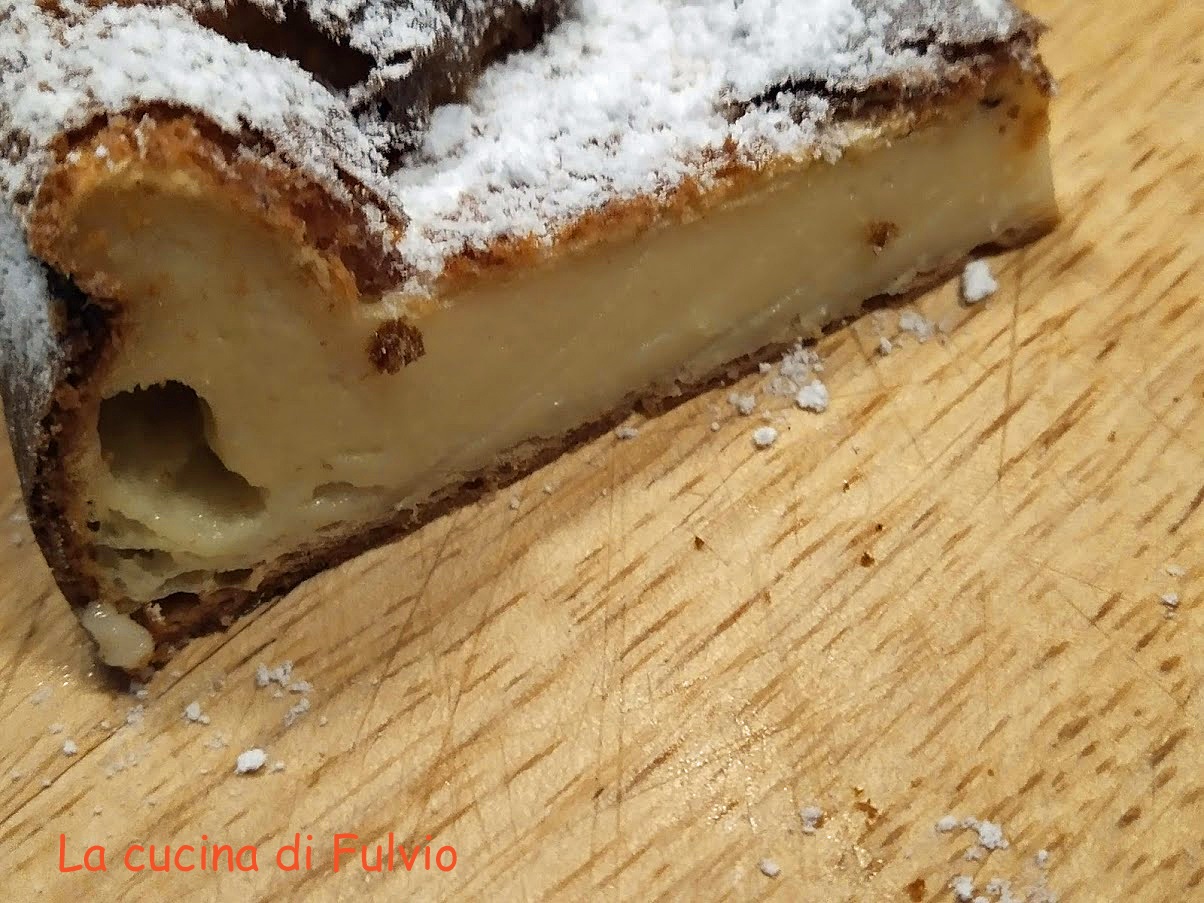 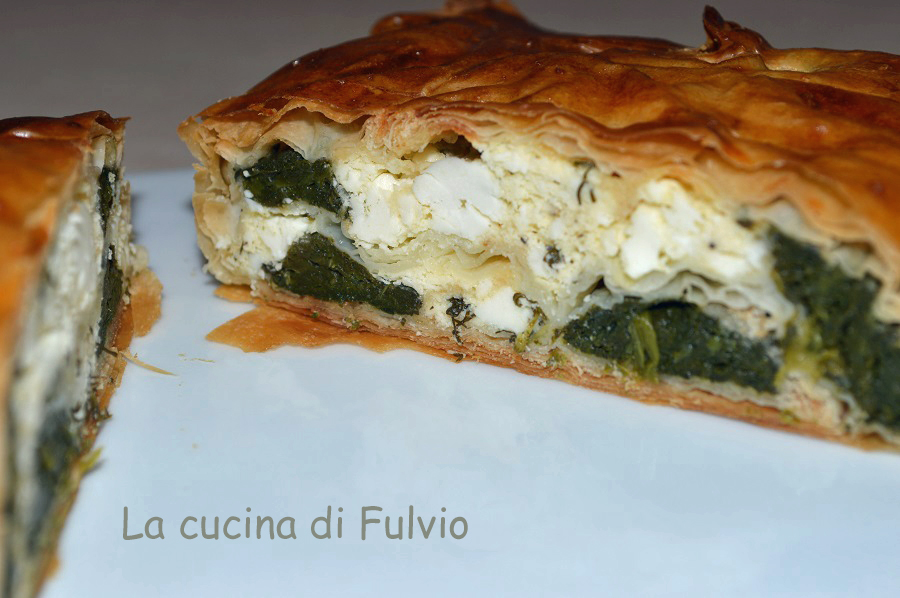 A salt variant of the strudel; one of many that I prepare, but probably the simplest.
The filling is basically the same that I use for spanakopitaki , With the addition of a layer of breadcrumbs between dough and filling.

The technique used here is that of the strudel with filla pasta;
However, brushing the leaves with olive oil instead of with the melted butter.

First, crumble the feta cheese with a fork and mix it with the egg, the spinach, cooked and chopped, and the spices. If desired, as in the pictures, you can keep the spinach separated from the rest and arrange them first on breadcrumbs and then covering them with the rest of the filling.

Pour a little 'oil in a bowl, stretch the first sheet of dough on a large filla slightly damp cloth.
With a brush (see photo) spread with oil. Lay on the second sheet (if it is folded dough and not rolled up, arrange the lines of the folds perpendicular to those of the first sheet.

Repeat the operation for the third sheet and for the fourth (the latter, however, will not go more brushed oil but covered by a fine layer of breadcrumbs which will absorb any moisture during cooking in excess of the filling.

It is covered with the stuffing, leaving about three centimeters at the beginning and at the end about ten.

Fold the 3 cm. free sull'impasto, you grab the towel and slowly raises making roll the strudel on himself.
With the help of cloth she moved strudel (the end of the dough must go under!) On a baking sheet covered with baking paper.

It churns and you need a few minutes later, still hot, slicing it on the table or next.