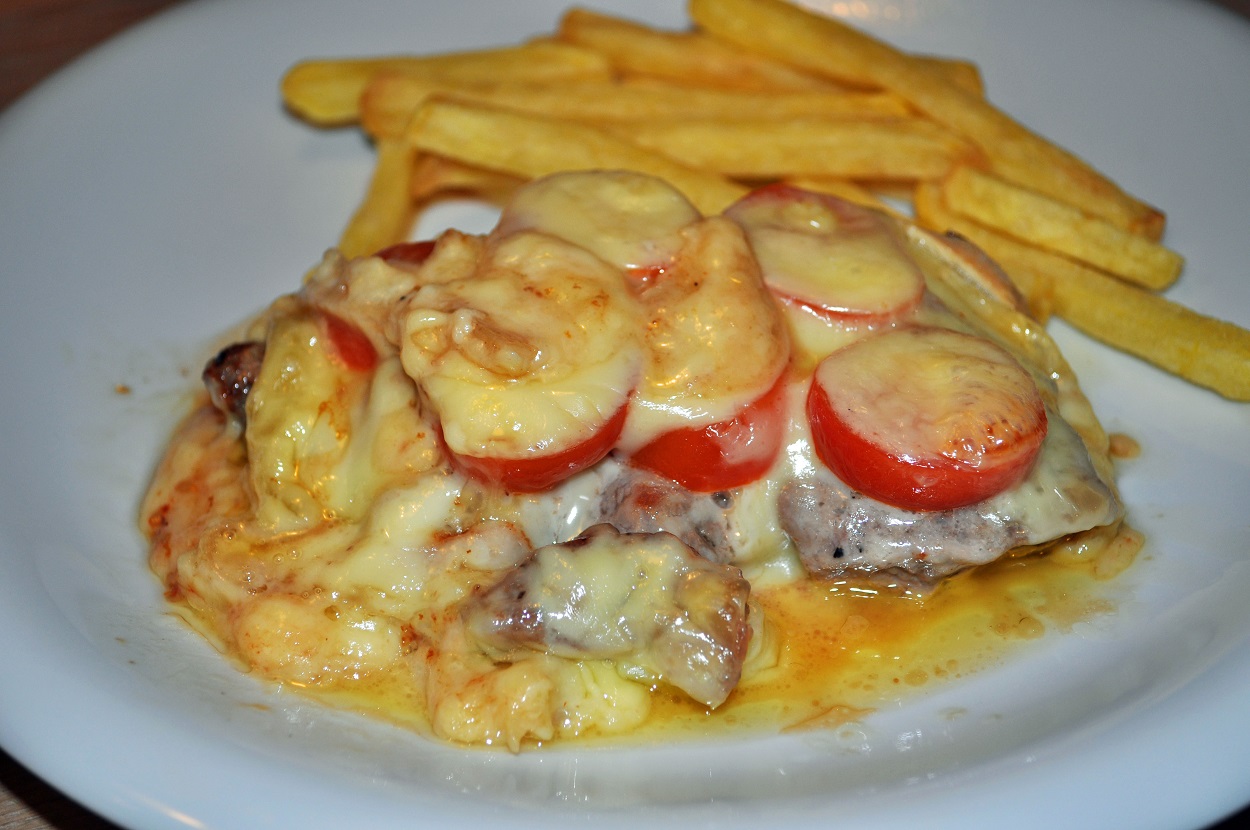 I found several versions of this dish from the Wallis, running around restaurants. I also, according to what I have at home, try to propose them in various ways.

from version extempore to recover some Milan advanced from the day before to the more classic one.

Which is what I propose here!

Clearly this time too, having at home some fragrant cherry tomatoes, I made a small variation: and I used them instead of the classic slices of tomato salad.
And they were fine!

Season the slices of meat with salt and pepper (not too much, the cheese is also salty).

Melt a knob of butter in a pan and brown the pork, salt and pepper, from both sides.

NB here it was used a sliced ​​pork shoulder, cut quite thick; four minutes per side cook it just enough to have it cooked to perfection after passing in the oven. And thanks to the streaks of fat that characterize it, it will be very soft! If you prefer another cut of pork, such as pork loin, or another meat, the time spent in the pan will be much shorter.

Arrange them on a baking sheet, covered here with an aluminum sheet so as not to go crazy to clean it.

Now cover each slice of meat with the slices of tomato (in the photos, as written above, slices of cherry tomatoes) and then with the raclette cheese: don't be afraid to overdo it, it's fine!

Bake in the upper part of the oven preheated to 200 ° C (if ventilated, 180 ° C) for about ten minutes, until the cheese is completely dissolved.

Towards the end of cooking it is advisable to light the grills to obtain an impeccable gratin.

Now all that remains is to serve immediately, possibly in hot dishes, accompanied with baked potatoes or chips.