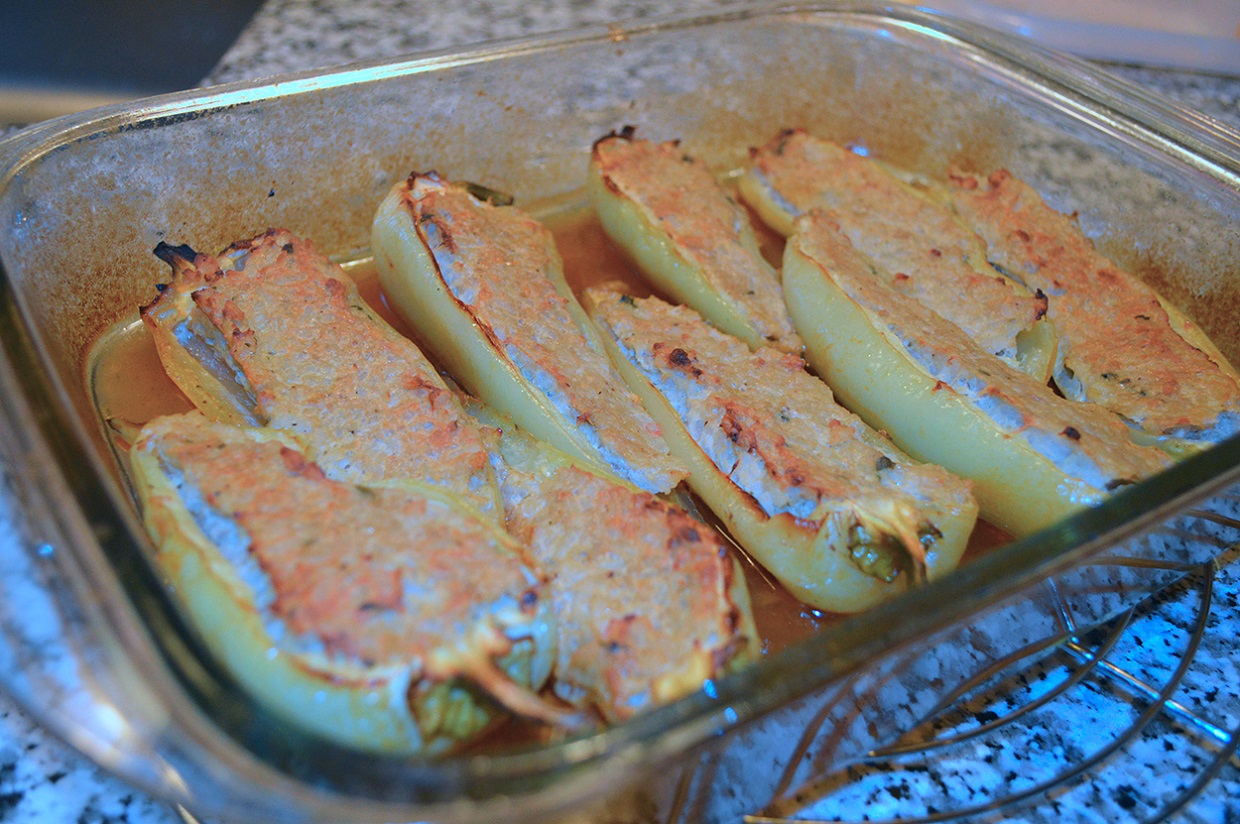 Stuffed vegetables on the table are always welcome.

So you can not ever go wrong with these stuffed peppers:
a gimmick for a plate to be used both as a starter (half pepper head ...) that, abounding with the portions, as a second or main dish.

Moreover, there is everything in it:
meat, rice, cheese and, in this version, too many spices!

And it is also a very elastic preparation:
the ingredients can be modified or changed as a quantity; just like it!

Put the rice to boil in salted water; do not cook it completely but leave it al dente (it will cook in the oven again ...).

Mix in a blender all the ingredients (except parsley, I prefer to add it later) until you have a smooth paste.

Pour the mixture into a bowl and add the freshly drained rice, the parsley and mix. Then allow to cool and prepare the peppers and the pan.

Mix in a bowl oil, broth and tomato paste and pour them to cover the bottom of a large baking dish just enough to hold all firmly attached peppers media. If there was not enough liquid to add more.

Wash and slice the peppers for a long time and start filling them with the stuffing; then place them in the pan, wet them on the surface with a little oil and bake in static oven preheated to 200 ° (ventilated 180 °) for 30 '/ 40'.