The Venetian, easy and within everyone's reach 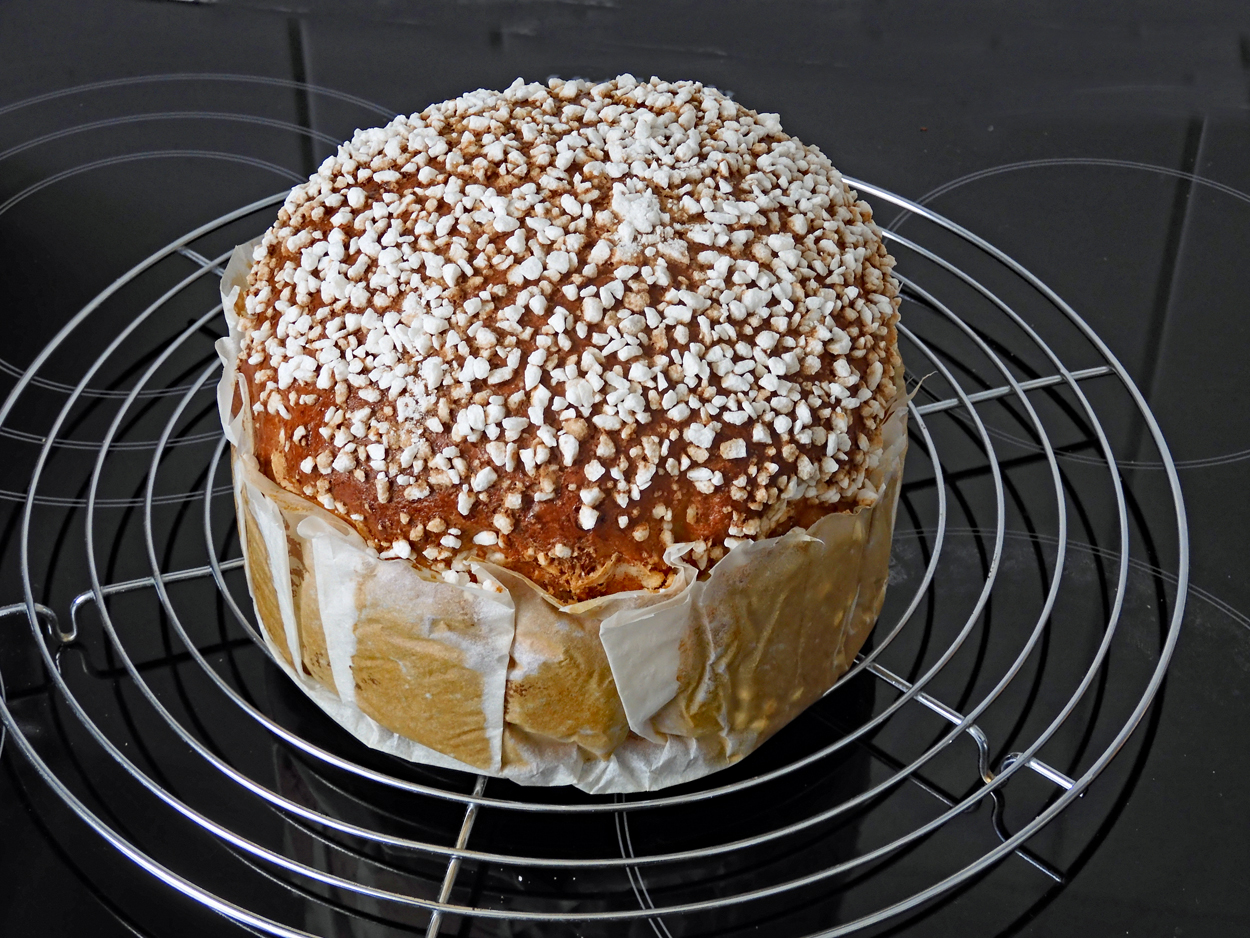 The great leavened products are always, for an amateur cook like me, almost unattainable goals.

But with a little imagination I can sometimes get some imitations that are very popular with friends and neighbors!

As for my very simplified version of the Venetian ...

A version reduced to a minimum that does not include candied fruit, chocolate chips or other: only the essential.

However, it is a fairly long preparation: to begin in the late afternoon and which, after rising at room temperature, must be spent for one night in the fridge.

Then it must be cold worked again and, as soon as it lets itself be altered, transferred into the mold.

And after at least two hours of new leavening (it must grow to fill the mold) it can finally be baked.

First, melt the butter in a double boiler (or in a saucepan over very low heat) and let it cool down.

Dissolve the yeast in the slightly warm milk.

In a small bowl, place the whole eggs with the sugar and whisk them for a long time (possibly with an electric whisk), as if to prepare a Genoese pasta, until doubled in volume; the ideal would be to have the eggs at room temperature and mount them by holding the bowl close to a heat source or even suspended for the first two minutes over a pot with boiling water.

Pour in the now cooled melted butter and mix again with a whisk.

Complete with the milk in which the yeast has been dissolved, mix and ...

... possibly pass into the bowl of the mixer (leaf hook) gradually adding the flour mixed with the salt and well sieved.

As soon as the flour has been absorbed, pass gradually at an increasingly higher speed (it will take about ten minutes) until the dough tends to detach from the bowl (in practice it will be well strung).

Collect the dough into a ball and put it in a bowl at least three times the volume of the dough previously greased with oil.

Cover well with plastic (I use a plastic bag sealed with a clothespin ...) and let it rise in a warm place and away from drafts for at least a couple of hours: the dough must at least double.

Put the bowl in the fridge for the night.

In the morning remove the bowl from the fridge and turn the dough over onto the work surface dusted with flour and knead it with your hands (or better with tarot cards) giving two or three turns of folds.

Form a ball and put it in the mold lined with parchment paper,

cover with plastic and put it in the oven for a couple of hours off. It should rise until it reaches the edges of the mold.

Take the mold out of the oven and prepare to decorate the Venetian blind while heating the oven (static) to 200 °.

Beat an egg in a bowl and use it to brush all the dough (the leftover egg can be added to an omelette).

and as soon as the oven is at temperature, bake by immediately lowering the temperature to 180 ° C.

Leave to cook for 45 minutes.

If at some point the surface tends to become too colored, place an aluminum sheet on it.

After the cooking time, try with a stick that the dough is well cooked.

Remove it from the bottom and let it cool on a wire rack.

As soon as possible, remove it from the mold and, if it is too wet at the edges or on the bottom, place it on the oven plate leaving the oven at 100 ° C for about ten minutes.

Sprinkle icing sugar, if you like, and wait until it has cooled before slicing!

The consistency of the dough will be soft, light and spongy

With this mixture you can also prepare many small Venetian blinds in ten centimeter paper shapes.

Or using a wider mold for the same amount of dough, a lower Venetian blind with a more classic appearance.

Have fun and enjoy your meal!