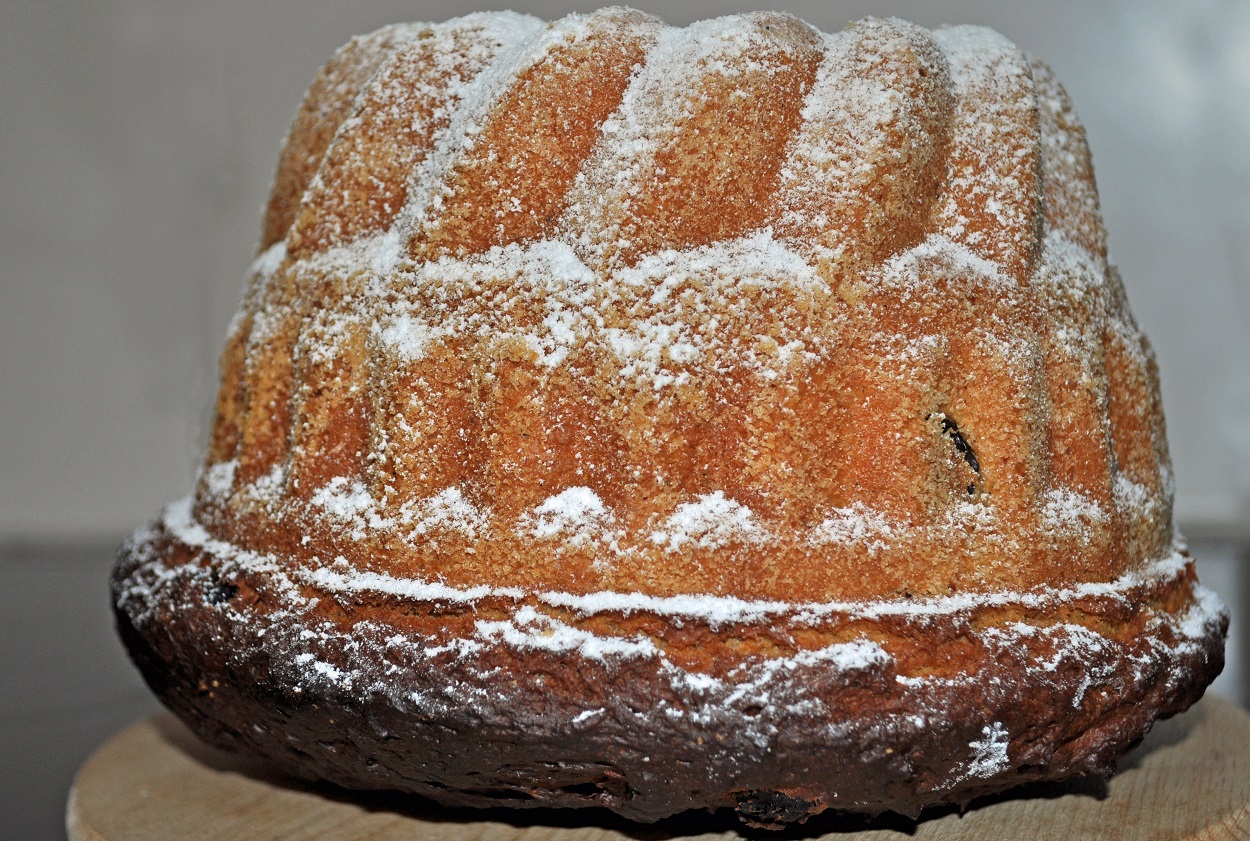 There are so many versions of this typical dessert of the Germanic tradition.

Here I used the one shown in Anneliese Kompatscher's book on sweets.

However, I have added some changes that my various attempts in the kitchen have shown to be valid and easily executable.

In particular, I used a chariot to obtain a more substantial leavening and, to obtain a structure more than my liking, I replaced half of the flour with a Manitoba flour.

The result satisfied everyone.

A small observation: I prepare the dough in the evening to let it mature in the cool during the night.

So there is nothing left for anyone who reads me to try this dessert and, starting as always from the ingredients, let's start cooking!

Dissolve the yeast in 75 ml. of milk with a pinch of sugar.

Mix and sift together the two flours in a large bowl.

Take 75 grams and mix them with milk with baking powder.

Leave to rise covered in a warm place for about an hour.

Melt the butter over a low heat, whisk the egg and the yolks together and mix them together with the remaining flour, adding the sugar, the lemon rind, a generous pinch of salt and a pinch of pure vanilla.

Add the leavened chariot, the remaining milk and mix,

As soon as a soft and homogeneous mixture is obtained, place it in a bowl, cover it and let it rest for an hour.

Then put it in the refrigerator until the following morning.

The following morning, soak the raisins in the rum.

Take the dough and knead it briefly on a floured surface.

Form a roll and place it in the mold previously buttered and sprinkled with just breadcrumbs.

Cover and let rise at room temperature and well protected from drafts (I use the oven off ...) until the dough has almost filled the mold (leaving it longer will tend to come out, as can be seen in the photos, from the mold: not bad!).

Cook for about 50 minutes: check in any case, after this time, with a fairly long toothpick (a skewer, for example) the successful cooking.

Remove it from the mold and place it to cool on a wire rack, sprinkling it with icing sugar.

Now all that remains is to cut it into slices and taste it.