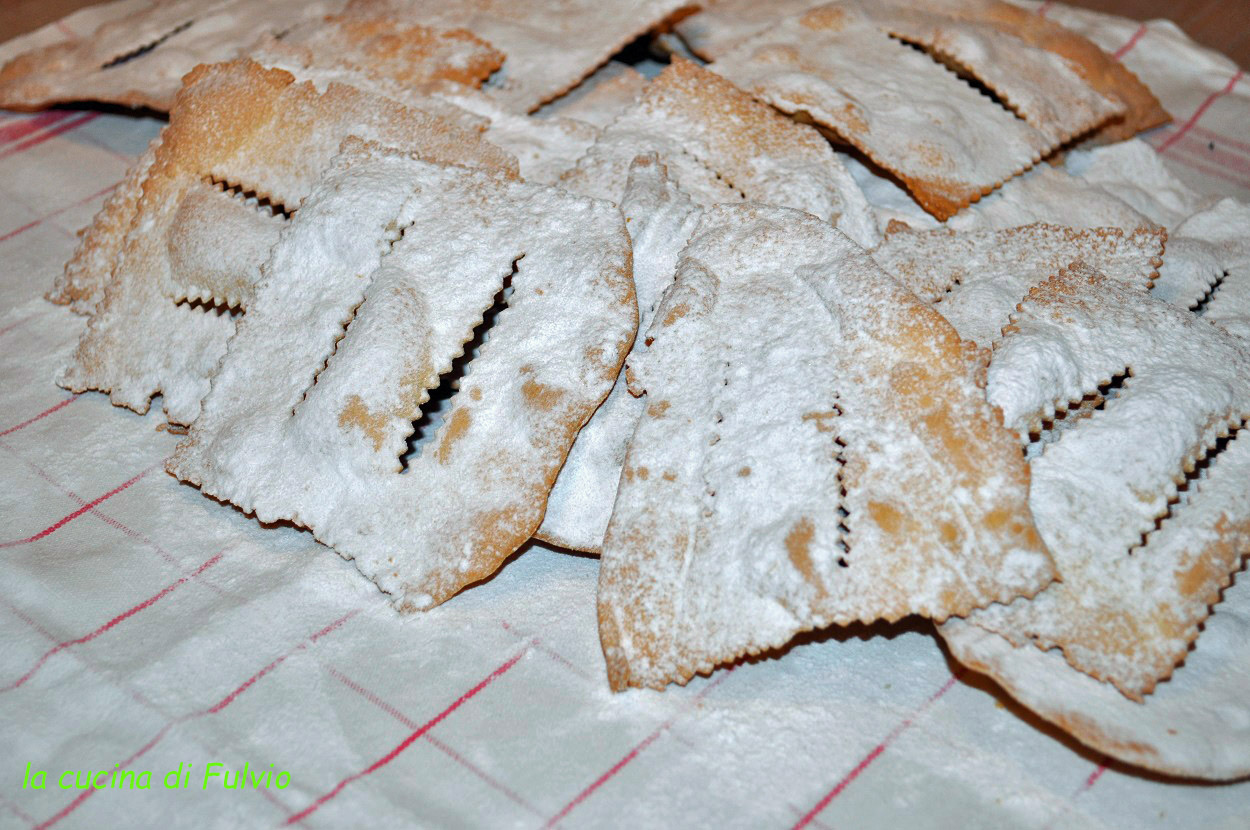 When the carnival period arrives, at home it begins the fried war:

I would attack immediately to throw in the lard hot chatter and tortelli but ...
immediately I'm forbidden access to frying pan (usable only on the porch - but subzero I refuse to cook outdoors).

We must find compromises ... like, for example, some nice baked talk!

They will not have that slight fried aroma that makes them so much tastier but they are good too.

In addition, they also have the advantage of not harming our attempts to limit the fried!

However, the latter batch was quickly brushed away
(and some I managed to catch it myself).

Given the limited quantity of ingredients, it can be worked by hand or in a small kneader.

Pour the sifted flour into the bowl and add yeast, salt and lemon zest, the eggs a little beaten and the butter softened.

If you have used the kneading machine, after machining, in any case, work briefly by hand on the counter, as if you were working an egg pasta.

Wrap in the plastic and let it rest in the fridge for half an hour.

With the grandmother gosling pull the very thin dough,

cut it into rectangles and, with the toothed wheel, make a couple of parallel incisions inside.

Arrange the rectangles on plates covered with parchment paper and bake for about 12 ', in the preheated oven at 160 ° C
(it is also good at static 180 ° C but with the ventilated are better- although I am generally a supporter of the static oven! - and two plates at a time).

Arrange on a dry cloth and sprinkle immediately with plenty of powdered sugar.

They will be a surprise of lightness and friability!

Your comments are welcome!
Leave them in here at bottom of page: