The special version of the calamarata! 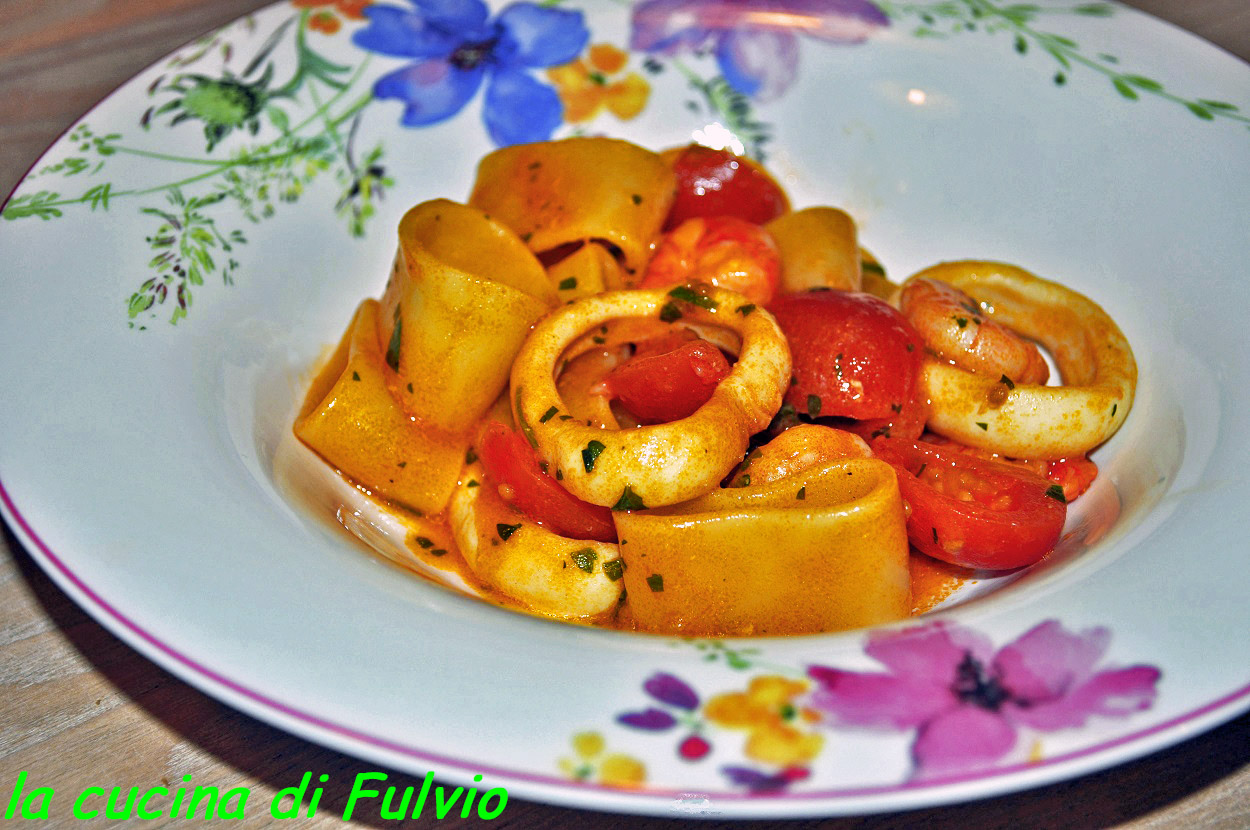 Taking advantage of a day across the Alps, in Italy, I had seized the opportunity to redo the supply of calamarata pasta.

Clearly, just at home, I wanted to present it on the table in a more version rich than usual; and then I added some nice prawns to the sauce.

Needless to say, it was much appreciated ... 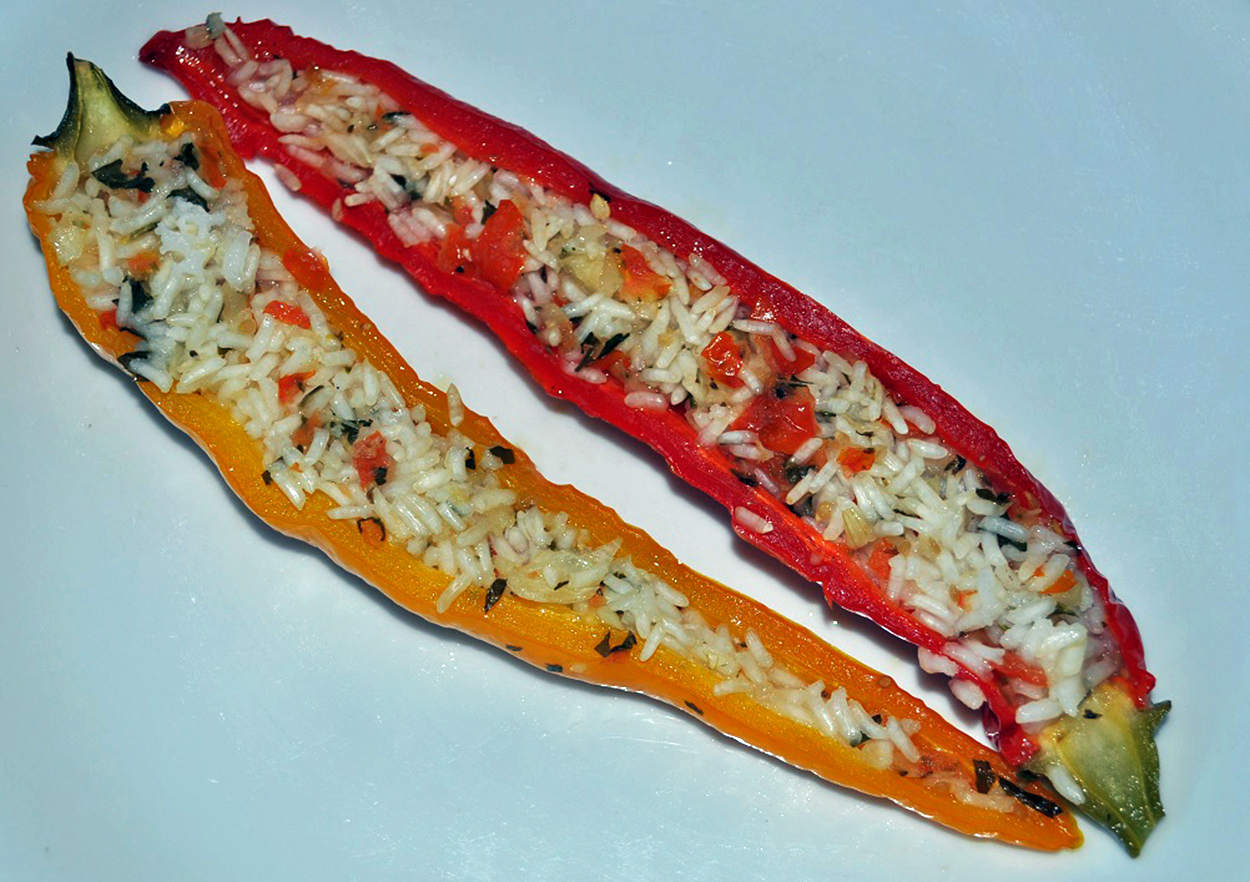 These peppers stuffed with rice and vegetables, made in the oven are, besides being good, of a disarming simplicity in their preparation.

They require an hour of cooking but the result will amaze you for sure!

Of recipes of baked peppers with fillings of various kinds I have already proposed some (the peppers I like, a lot!) As that for the Mediterranean stuffed peppers come on another proposal, vegetarian, which includes the same basic filling but also the use of cheese.

Here I wanted to present a version that includes only rice and vegetables, very light and digestible; unless you have problems with peppers ...

The filling used is that for the dolmadakia: here I used the simplest version, and that requires no more cooking than baking.

The complete description of how to prepare it can be found here (http://lacucinadifulvio.com/index.php/ricette/antipasti-e-finger-foods/672-dolmadakia-ripieno-2)

For the rest the peppers, water will suffice. evo oil and a pan.

As you can see, all the ingredients are according to necessity.
Let's say that for three peppers of the long and thin type, then six half peppers, it will take only half of the stuffing base for dolmadakia.

For oil and water ... well, it depends on the size of the pan!

Prepare filled as per recipe and put it to rest for an hour.

Meanwhile, cut the peppers in half; remove the seeds and the white parts and place them in a baking pan just greased with oil and covered then with a film of water.

Distribute the stuffing in the peppers filling them up to half height and then fill them almost to the edge of water: it will be absorbed during cooking.

Cover the pan with a suitable lid or, in the absence of something else (as I do ...) with an aluminum sheet adhering well to the edges.
Bake in a preheated oven at 200 ° for about an hour.

After this time, remove them from the oven and check the cooking:
if the rice is doubled in volume, practically up to the edge of the pepper, the peppers are ready.

If it is a little too wet, put the pan back, without closing it with the lid (or aluminum) for another five minutes in the oven.

Bring to the table and enjoy beautiful hot.