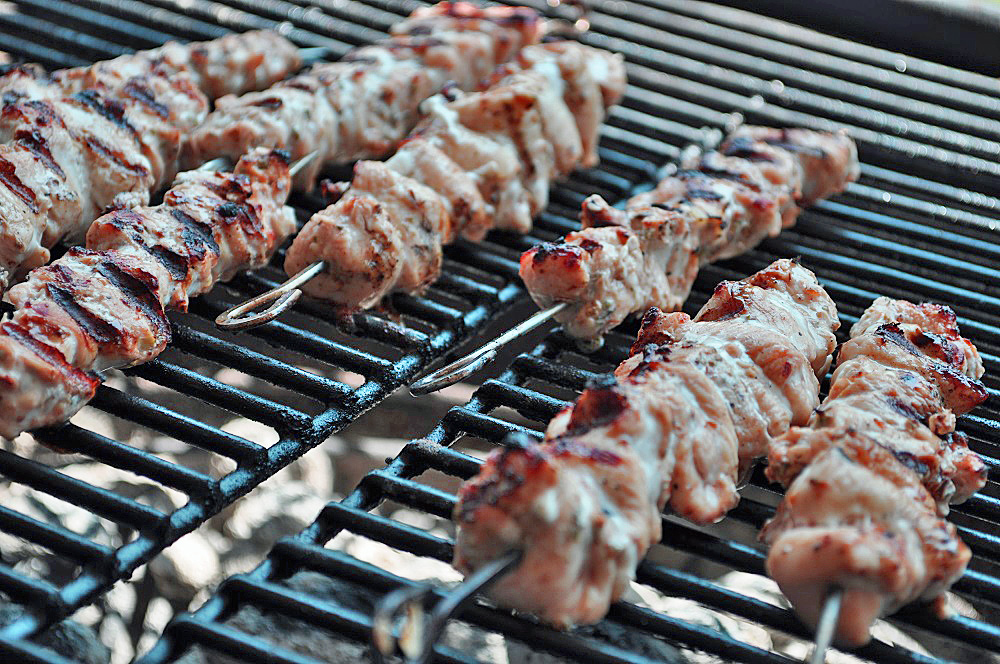 Those who have been to Greece will certainly have tried the classic souvlaki; but a small distinction is needed from now: traditional souvlaki it was prepared with very thin slices of meat then skewered on the skewer; and I, as can be seen from the step by step photos, prepared it this way

Today, especially in tourist areas, it is prepared with decidedly larger pieces, certainly faster to prepare; but it's not the same thing ...

For the more traditional preparation proceed as follows.

First cut the meat into thin slices; here chicken was used because it was already at hand ... Mix the other ingredients to prepare the marinade and season the meat for an hour.

Light the fire and bring the grill to around 200 °. While the grill is being heated, slice the vegetables for the garnish (onion and pepper were used here - you can also add tomatoes, always in slices) and put the meat on the skewers.

Toast the skewers well on all sides, it will take about ten minutes.

Remove the meat from the skewers by placing it on slices of pita bread also toast on the grill seasoning with vegetables and a good amount of tzatziki.

Fold the pita so that the contents do not escape from all sides (a paper napkin can be a great help!) And enjoy the dish.

Of course you can also eat meat, accompanied by bread, tzatziki and vegetables, directly on the plate, with a knife and fork ...